After 4 years of cranking out stories for little compensation on the old Examiner.com site, they went defunct and are off the web altogether along with my 400 stories.

After taking some time off, mostly getting buried in new projects I decided to search around for a new place to park my words.

Ironically, I have often been referred to as the Honda Guru, so I discovered MrHonda.guru as an new identity so there you go....

Current projects are a "free" 1983 XL200R bike which now has a new piston/rings after 10+ years of poor storage after the poor thing was beaten to death...  A "free bike" story is in the works...

Before the XL200 came a "free" Honda S90, early model version which uses a lot of unique parts that were changed out in later editions. The chassis was pretty badly corroded, but I recalled that I had disassembled an engine for a friend's CL90 Scrambler, so contacted him, bought his remaining parts and am marrying the CL chassis to the S90 engine, using the S90 fuel tank and CL90 seat. Wound up with WAY too much time and money into this thing and it doesn't have any paperwork at all, since the last tags on the CA black plate are 1970... another backyard sitter for too many years.

A call from a Honda enthusiast in OR, yielded a road trip for him to bring down a domestic C72 Dream engine, complete with rotary gearbox feature. It is all apart now, awaiting cleaning, new rings, gaskets, seals, a few internals and a vapor blasted and polished finish.

The man who gave me the XL200 also has a 1973 CB125 that he takes out to the desert for slow trail rides, along with his CT90 which was recently here for a little tuning. The CB125 engine has a somewhat ominous knocking sound inside, so the owner wants that one torn down for evaluation and repairs.

In the previous month, I had a CL77 here for a top end job, followed by a CL72 needing a bottom end transmission overhaul. It has been a busy couple of months! 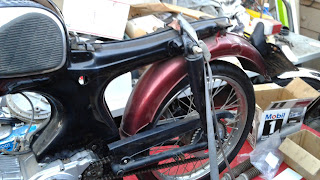 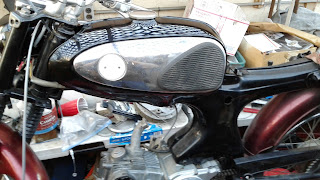 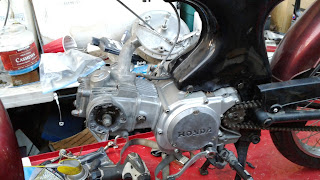 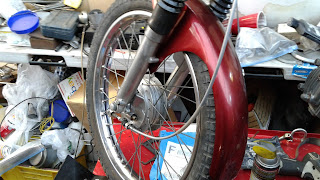 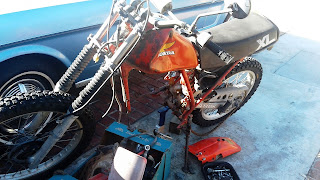 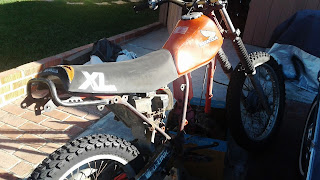 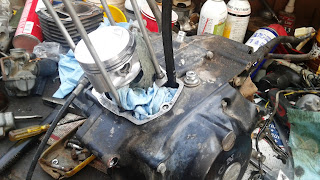 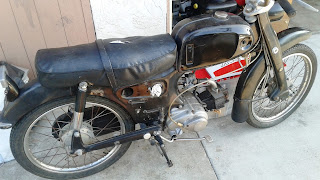